Art in the MOOC – Duke University

a . Since the first time I saw this sign reading “Refugees Welcome” in my doctor’s office in Berlin, Germany, I have been inspired to help with the refugees in Berlin where I have been living. I have started an art/fundraising event with the refugees and helped at both at the shelter and the Intake centre to find ways to use art to form connection. 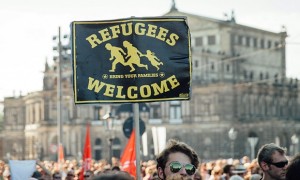 The work I have been doing with the refugees has been incredibly moving. I am moved both by their hope and perseverance. The stories they tell are horrendous. Still they are very warm, hopeful and thankful for even the simplest of actions like a kind smile. They are all eager to try to do what ever it takes to build a better life for themselves and their families.

A few weeks ago, I came back to my homeland of Canada for the holiday season. Canada was in the midst of discussing ways to help the refugees and bring them here. Numbers were being discussed in politics. I saw an opportunity to help here. Taking the original sign that is often raised in Europe, I “Canadianized” it, so that the issue of helping became one of that could potentially connect to both an international movement and a national concept of openness to the refugees here. 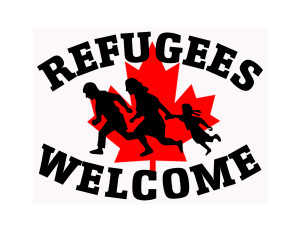 Initially I posted a call on social media. Asking people to print out and put in their windows. At the same time, I planned a local canvas of my neighbourhood.

I printed out 12 signs and walked around my neighbourhood asking people if they wanted to display a sign in their window. I shared stories about Berlin, the amazing people, how the sign helps create a visually open welcome presence. At the same time, the signs connected to a sense of community.

The response was very good. Only one place refused to hang the sign based on clientele, and another due to space. However, at every location, as I told the stories, the effect often moved others who were listening to speak up. I gave away signs to people who wanted to put them in their home windows to show support. 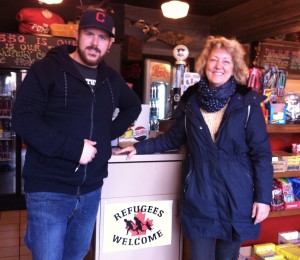 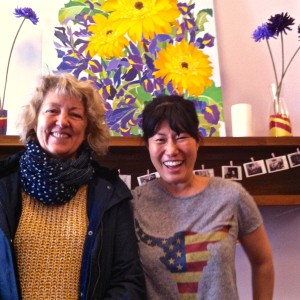 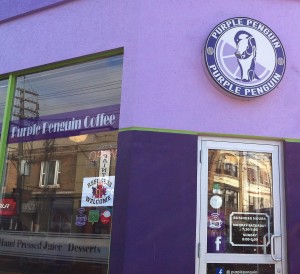 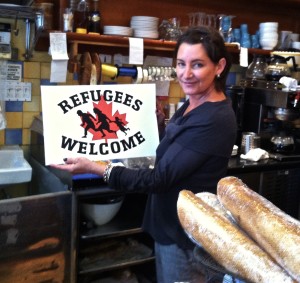 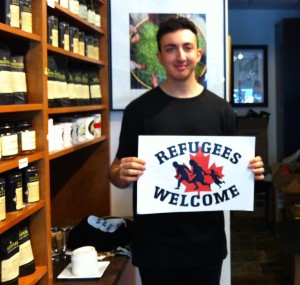 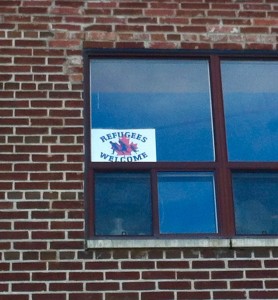 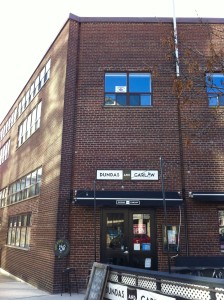 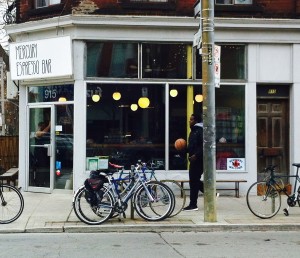 The local large chain drug store asked me to contact head office and have it approved for their entire drug store chain nation wide.

Once I had images of the signs in a few windows, I created a photo page in social media. I tagged the business owners.

b. Several media forms were used, including both digital and print graphics, photos, and social media. The image graphics expands the concept, works as a political bridge internationally and nationally. It involves the individual and creates a point of connection for others at a local level.

It was important to document the process with photos for social media. Social media helps in turn both build awareness for the movement at the same time, the support is returned; A virtual campaign helps expand the intent and purpose  promoting their businesses online. The media also helps establish a community of people who want to help to build on. I have been asked to inform people how they can help. It can continue to build as businesses see more signs, and the efforts are added to the social media campaign. The simple, quite, visual presence of these signs can make have a very loud resonance.