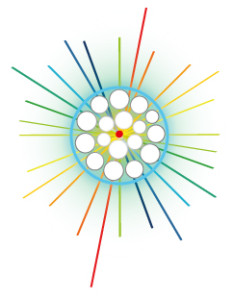 Metamodernism, which is actually a fairly old term (if 1975 is "old") and therefore a fairly old idea, is a now-resurgent philosophy that an increasing number of people feel describes what "comes after" postmodernism. Particularly in Europe, some are calling it the dominant paradigm of the Internet Age, and pointing out that postmodernism rose to prominence as a cultural philosophy decades before the Internet was popularized; therefore, these "metamodernists" say, postmodernism couldn't possibly have the same applicability or utility now that it had during the Radio Age.

Radios, and even the early years of technological industrialization, emphasized distance in a way that was unmistakable. The Internet, by comparison, is a strange mix of distance and closeness, detachment and immediacy -- our sense of ourselves and strangers' varying senses of us -- that postmodernism doesn't really seem to describe well.

Metamodernism seeks to collapse distances, especially the distance between things that seem to be opposites, to recreate a sense of wholeness that allows us to -- in the lay sense -- transcend our environment and move forward with the aim of creating positive change in our communities and the world.

Quoted from an article entitled "Metamodernism: The Basicss" by Seth Abramson